Although advertisements for TITANIC targeted the upper class, promoting her spacious accommodations, opulence, and luxurious amenities, her most profitable passengers were emigrants traveling in Third Class. They provided the highest occupancy rate and greatest revenue for the White Star Line. 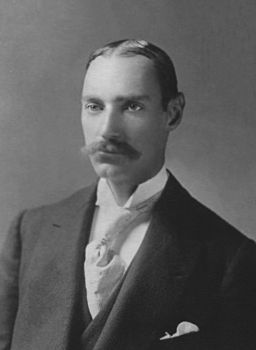 John Jacob Astor IV, American business tycoon, was also the author of science fiction novels about life on other planets in the year 2000, and an amateur engineer. He escorted his pregnant wife, her maid, and a nurse into a lifeboat. His badly injured body was identified by initials sewn into his jacket and personal effects. 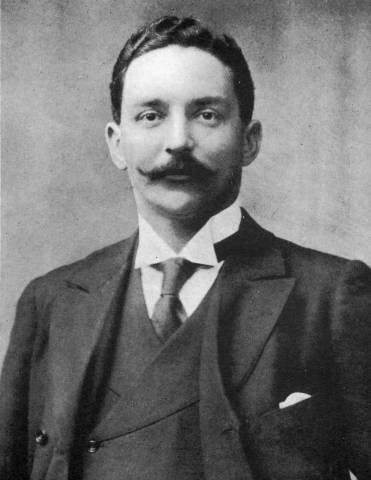 As chairman of the White Star Line, J. Bruce Ismay conceived of TITANIC and her sister ships in 1907.  Ismay survived the sinking and was savaged by the press for leaving women and children behind, becoming the subject of a scathing poem, “Master and Man.” He fell into deep depression from which he never recovered and died a tormented man.

Wallace Hartley was introduced to music as a choirboy in his local church in England. After playing with several orchestras, he found employment on ocean liners as a band leader. As TITANIC foundered, he and his band played to the end to keep spirits up. His violin, a gift from his fiancée, was found strapped to his body, which was returned to his home in England. Thousands lined the route of his funeral procession. His violin sold for $1.7 million at auction.

Joseph Laroche, born in Haiti, trained as an engineer in France. Unable to secure work in Europe because of prejudice against his interracial marriage, he and his family were returning to Haiti. He perished but saved his family. Click here to watch Dr. Kellie Carter Jackson's virtual lecture for the John Noble Collection, Untold Stories of the Titanic: The Only Black Passenger. 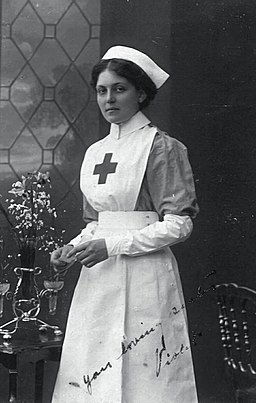 Violet Constance Jessop was born to Irish emigrants in Argentina in 1887.  Surviving tuberculosis as a child, she moved to Britain with her family when her father died.  Violet became a stewardess and has the distinction of working on all three giant White Star liners, Olympic, TITANIC and Britannic. After TITANIC’s collision with the iceberg, she survived by being ordered into a lifeboat to look after passengers and care for a seemingly abandoned baby, whose mother was later found aboard the rescue ship Carpathia. During WW1, Violet, now a nurse, suffered a fractured skull when she narrowly escaped the sinking of Britannic in the Aegean Sea.

"Such a biting cold air poured into my stateroom that I could not sleep, and the air had so strange an odor, as if it came from a clammy cave. I had noticed that same odor in the ice cave on the Eiger glacier. It all came back to me so vividly that I could not sleep, but lay in my berth until the cabin grew so very cold that I got up and turned on my electric stove. It threw a cheerful red glow around, and the room was soon comfortable; but I lay waiting. I have always loved both day and night on shipboard, and am never fearful of anything, but now I was nervous about the icy air.”

With this foreboding, First Class passenger Ms. Elizabeth Shutes recalled the night of the collision for the British Government’s inquiry into the disaster. She describes her impressions while heading to the boat deck, recounting happier social events earlier in the evening. There was no panic, as there was little hint of danger.  But then, very surely, the ship revealed the extent of her mortal wound, and an urgency made itself felt. Wary and distrustful, Ms. Shutes overheard an officer say, “We can keep the water out for a while.”  She boarded a boat, and commented on the brave men who saw her into the boat. They stayed behind and perished with the ship. One was Mr. Washington Augustus Roebling II, the nephew of the builder of the Brooklyn Bridge.

It was midnight on the sea,
Band playin' "Nearer My God to Thee"
Cryin', "Fare thee, Titanic, fare the well, "

Titanic when it got its load,
Captain hollered, "All aboard, "
Cryin', "Fare thee, Titanic, fare the well, " 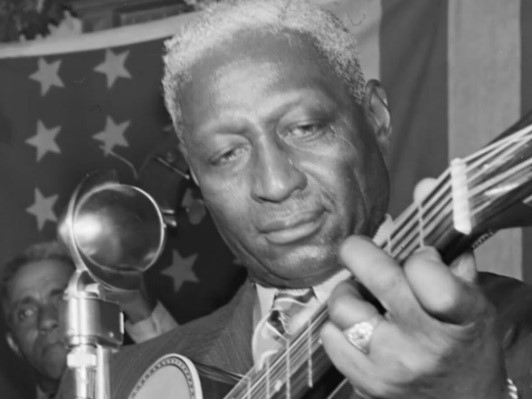 Thus wrote blues guitar legend Huddie Ledbetter (aka Leadbelly) about TITANIC.  Performed in 1912, Leadbelly combined fact with fiction.  To emphasize Jim Crow laws, he conceived a tale whereby the prominent and wealthy heavyweight boxer Jack Johnson was refused passage on TITANIC because he was a Negro. This emphasized the belief, accepted with justification by many Black Americans, that no matter how accomplished or prominent a Black American might be, the color of their skin would be the determining factor in the treatment they received. 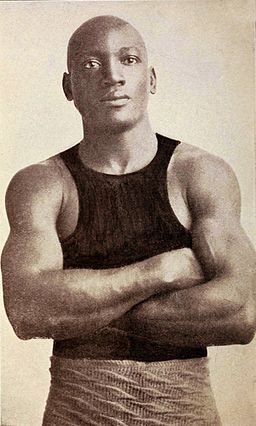 Initial passenger accounts, some wildly inaccurate, added to the mythology of the sinking. Many embellished and fabricated stories. One claimed to have seen the iceberg an hour before the collision; another claimed to be riding an ice floe for hours before being rescued; others witnessed men being “shot down like dogs”; newspapers concocted the tale of the Negro stoker attempting to steal the senior wireless operator’s lifejacket, only to be killed by the junior wireless operator. Captain Smith, the ship’s Master, had various endings: dying by suicide, cheering encouragement to men on an overturned lifeboat, or saving a baby from the sea.

Popular culture put its own twist on the TITANIC. Nearly twenty films, documentaries and stories based on the sinking have been made about the disaster. The first three were made in 1912, shortly after the tragedy. The first, “Saved From the TITANIC,” was filmed a month after the ship sank. It was written by and starred one of the survivors, Dorothy Gibson, who was an actress of the day. The film was lost in a fire, and only a few stills remain. Countless books and articles have been published since the disaster, along with several poems, most noteworthy being Thomas Hardy’s “Convergence of the Twain.”

Some in religious quarters compared TITANIC to the Tower of Babel, and claimed that the pride in lauding a material object resulted in God teaching men how weak they really are. Others in the clergy admonished people for putting their trust in a few thousand tons of steel, and preached that the lesson of the loss of TITANIC was heaven-sent. Even Bible study groups further spread the loss of the ship as an object lesson in human pride and vanity. The clergy--Fr. Thomas Byles, Fr. Josef Peruschitz, and Fr. Juozas Montvila--faced with the awful reality on board the ship, in addition to preparing for their own fate, courageously did what their beliefs demanded, to comfort and give absolution to those at the time of their death. 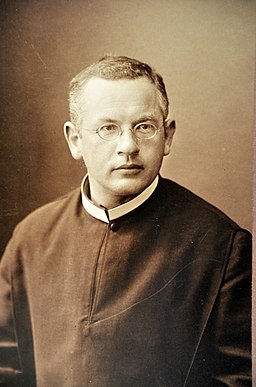 Reverend Francis Browne was a passenger during the transit from Southampton to Cobh, Ireland. Father Browne, an amateur photographer, shot pictures throughout the ship during his passage. He became a favorite with a wealthy American couple, who wanted him to remain on board and offered to pay his passage. Permission from his superiors to continue the crossing was denied, and Father Browne left the ship in Ireland, a fortunate escape. While going ashore, Father Browne took the final photographs of TITANIC before her departure.

Momentous events cultivate great legends, where fear, courage and cowardice are equally recounted, where overwhelming tragedies are the work of Providence, or bad luck, rather than of failed human judgement.